My brother, David, has gallantly stepped up to assist me in this blog. It has been one month since my last post. I simply let life get the better of me and retreated in my own little world. Accepting his help in my attempt to emerge from that world, I present his wonderful contribution. This is just one of the many, many reasons I so enjoy my family. I am loved, in spite of my stress and self-exclusion from life. I am pleased to introduce my brother to you (if I am lucky, he’ll contribute again–he’s quite wonderful):

Once upon a time, there were three male college instructors who, day after day, week after week, ate lunch together in the break room.

The next day in the lunchroom, again the three men were gathered.

“Chicken and rice!” burst the science teacher, clapping his hands in fervent exclamation. “I am out of here!” he said, then ran from the building.

“Fried fish and rice!” spat the math instructor, pounding his fist upon the table. “I am done!” he said, then ran from the building.

He went on, holding the egg aloft, as though it was symbolic. “I have had all I can take of peanut butter and jelly sandwiches and hard-boiled eggs. I am gone!”

With that, the English instructor threw the egg down upon the table and turned toward the doorway—but his attention was drawn back by the sound of the egg breaking on the tabletop. Its sound was unexpected because the egg was not hard-boiled, and now it was seeping out of the mangled shell onto the table.

“Oh…whoops!” said the English instructor. Then he ran from the building, patting his pockets and mumbling, “Where are my car keys?”

Because of the mad ravings of the running instructors, students became alarmed. They call to Security, who were able to catch the instructors easily. Already they were slowing down and breathing heavily (except one, who was juggling three tennis balls as he ran).

Later, in the president’s office, the three husbands sat across from the three wives who had been called in.

“Mr. President,” said the wife of the science instructor. “I had no evidence he was tired of fried chicken and rice. Had I known, I would have prepared something different.”

“Mr. President,” said the wife of the math teacher. “I miscalculated; I thought he loved his fried fish and rice. Had I known I would have prepared something different.”

“Mr. President,” said the wife of the English instructor, rolling her eyes with a tip of her head toward her husband. “I do not know what to tell you. He prepares his own lunch.” 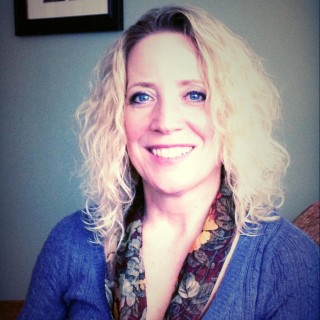